In the depths of grief, Karen Johnson made a radical
decision that would help others experiencing loss

More than 24 hours passed between the phone call that would change my life forever and me getting home to my son, Ben.

I was on holiday in South Korea when it happened. Now, here I was at Seoul airport, waiting for my 10-hour flight home to Virginia, USA.

Suddenly as if from nowhere, Ben was standing in front of me, smiling his big, happy smile.

But he wasn’t really there, because his body was lying in the morgue, dead from an overdose. He wasn’t an addict, but had been unhappy at the time and susceptible to trying to ease his pain.

In the few weeks after his death, in November 2014, Ben didn’t appear to me again in human form, but I felt him around me; beside me or touching my shoulder.

One day, not long after the funeral, I didn’t have the energy to even walk upstairs, and lay on the steps screaming until I was sick.

I felt Ben fluttering above me, trying to communicate, but I couldn’t hear him.

Before my son died, I believed dead was dead and there was nothing more.

But seeing and feeling my son changed everything and I found myself in unfamiliar territory without the skills to understand what was happening. 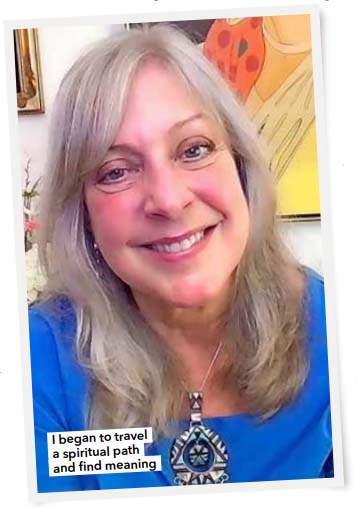 As Ben’s presence became more frantic, I did the unthinkable in my logic-driven legal world as a judge with a 30-year career behind her.

I opened my laptop and typed ‘mediums in Fairfax County, Virginia,’ into the search bar.

One medium, call Melody, stood out to me; it seemed her picture was bigger than the others. Several days later, however, when I looked back, it was the same size as all the other mediums who came up in my search.

I didn’t know it then, but this was how I began to be guided by Spirit.

Within minutes of sitting in Melody’s office, waiting for my reading, I knew Ben was standing beside me.

‘Ben wants you to know he doesn’t want you to suffer so much. He is watching over you and his father and sister and you have to go on with your lives,’ Melody told me.

In answer to my question about why he took the drug that killed him, Ben’s response was, ‘It was a bone-headed move, and it is what it is, Mom.’

When my hour with Melody was up, I was hungry for more.

‘It appears you might have some psychic abilities of your own you might want to develop,’ Melody suggested.

I took that totally to heart and, a few weeks later, signed up for mediumship training.

Melody became my instructor and mentor, introducing me to all manner of spiritual courses including healing, numerology, astrology, reiki, crystals and spirit guides.

While I grappled with the sorrow and pain of grief, I also opened up to a new world.

All the while, I felt Ben still around. He no longer seemed frantic. More watchful.

Sometimes I’d call for him at night, out loud or in my mind, and I’d see him as a translucent spirit or feel him lie beside me and place a hand on my shoulder.

He wasn’t my only spiritual visitor either.

As time passed, I realised there were some eight or nine spirits around the house.

When I asked Melody about them, she told me they were all souls of young people who, like Ben, had died suddenly.

“They’re telling me that together with Ben they’ve received training by more advanced souls and part of their journey is to help their families through the grieving process,” she said.

Because my life force had been so low after my son, Ben and his team had been dispatched to help me.

‘Your death as a result of Ben’s is not part of your life journey. They are here to help you through the grief and on to a newer, wiser path,’ explained Melody.

When I inquired as to what this new, wiser path might be, Melody would only say, ‘all will be revealed along the way.’ 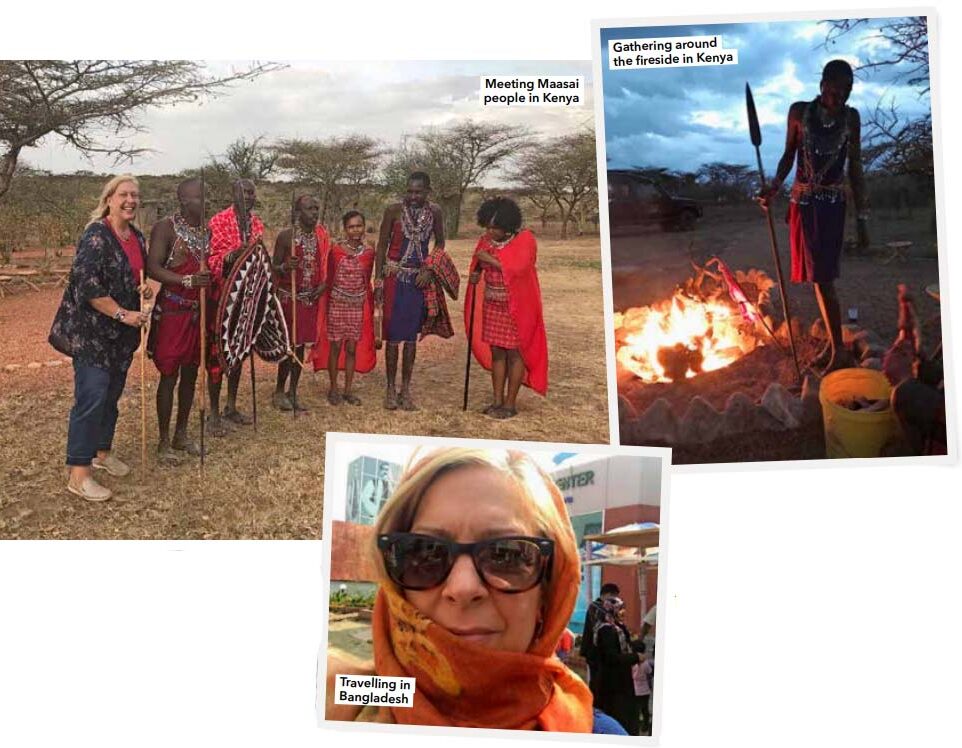 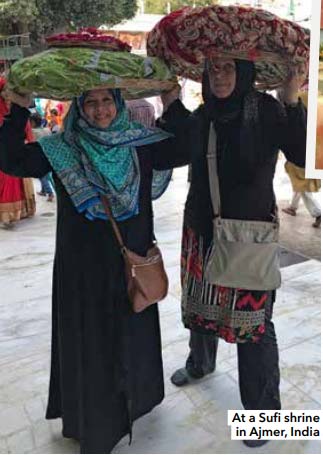 As my psychic abilities intensified, I felt more and more like an outsider looking into my life as a judge. The work no longer interested me, and I couldn’t relate to the people around me.

I felt divided but didn’t know what to do.

In 2015, my medium friend introduced me to an evolutionary astrologer called Paul who she thought could help me.

During my two hours with Paul, he told me all sorts of things about my soul’s purpose including that it had ‘chosen the mystic path.’

‘You know the last woman who had a reading like yours became a shaman,’ turned out to be my big takeaway from our session.

I was astonished. People still became shamans? I thought shamanism had disappeared centuries ago. My appetite was whetted, though, and I was straight on Google.

Something called Neo-shamanism and the Four Winds Society popped up at the top of my search. Fascinated, I picked up my phone and gave the society a call.

Three weeks later, I was on a plane headed for California, to a retreat, for the start of my training with the Four Winds Society, learning the four direction of the medicine wheel and the healing practices it teaches.

It starts in the south (serpent path), where we energetically shed our past and transform our deepest grief into sources of compassion and healing. Then moves on to the west (jaguar path), where we step beyond fear and death and connect with life. Next comes north (hummingbird path) where we are resurrected into new and meaningful paths. Finally, east (condor path) where we step into who we are becoming beyond the confines of despair and learn to incorporate grief into a new life.

I came home re-energised and knowing I would travel a spiritual path and find meaning.

First, I retired from work. I then finished my Four Wind training in Chile before going on a vision quest, a sacred commune with the spirit world, in Costa Rica where I burnt my judicial robes, symbolically closing doors and burning my bridges behind me. 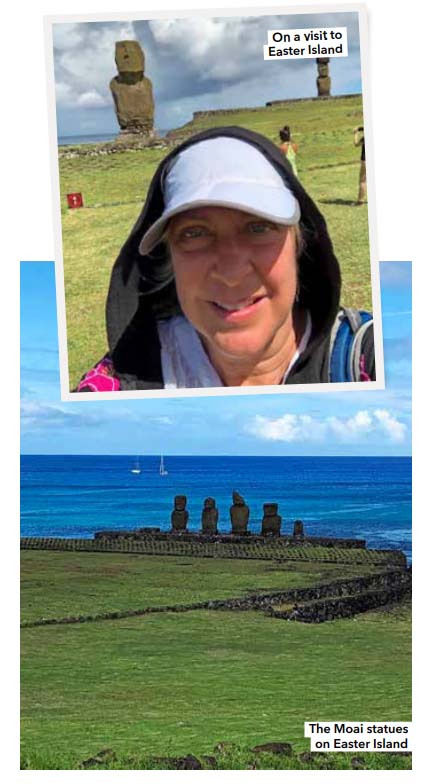 While the flames devoured the clothes I no longer needed, I smiled at the thought of my journey into the future.

Alberto Villoldo, the founder of the Four Winds, had asked me if I’d be interested in working and training with them, starting as an unpaid assistant in Chile, I was ecstatic.

When I got home, I put my house on the market. It sold within three days, and I quickly had to organise an auction company to empty it of a lifetime of stuff. If I was going to travel the world, I didn’t need anything but a few happy mementos and a suitcase.

Here I was, only two and a half years after Ben’s death, finding the courage to make monumental life changes.

Before I left the old place for good, I said goodbye to Ben’s room. Outside, I felt him sitting beside me in the car. I turned and asked, “Is this OK, Ben?”. Quick as a flash, I heard his voice in my head saying, ‘It’s better than OK, Mom. It’s time.’

I was overwhelmed. I had done it; ended my old life and I was teetering on the brink of something new.

Some weeks had passed since Alberto’s offer, and I hadn’t heard anything since, which was a bit of a nail-biting experience for me, I admit.

But 15 minutes after leaving my family home behind for good, my phone beeped with a test message. I was being invited to come to Chile immediately for an entire month. Perfect timing – or rather Divine timing.

The following year, 2017, I became an assistant teacher with Four Winds and, the year after that, a fully fledged teacher.

With the help of a friend who was more than happy to look after Murphy for extended periods of time, I was able to teach all over the world, visiting and learning from spiritual leaders in Africa, India, Bangladesh, Brazil, Peru and more, for two and a half years.

In December 2018, I knew it was time to come home. My daughter Caty, 32, was having a baby, plus the wheels had fallen off my suitcases – a sure sign my travels were over for now!

Now, I’m a grandmother of two, teach shaman classes online, and own a practice working with people who are grieving. I’ve also written a book, Living Grieving, about how energy medicine transforms grief and loss; I feel so much of it was Divinely downloaded.

The east direction of the medicine wheel is about helping people who are stuck in between worlds, and that is part of my work. I’m a psychopomp – someone who helps souls cross fully to the other side. I’m able to immediately enter a meditative state where I access a different reality to assist the crossover. Whenever I need Ben’s help with this, I call on him and he is there.

I miss Ben every day. I miss him bopping his head and singing me silly songs. I miss his big presence and giving him a hug.

And yet I have a relationship with him that is profoundly different to anything I could ever have imagined.

I know Ben pulled and sometimes carried me through my journey. I also know his death was a gift of love to me and a catalyst for change.

Thank you, my dear Ben.